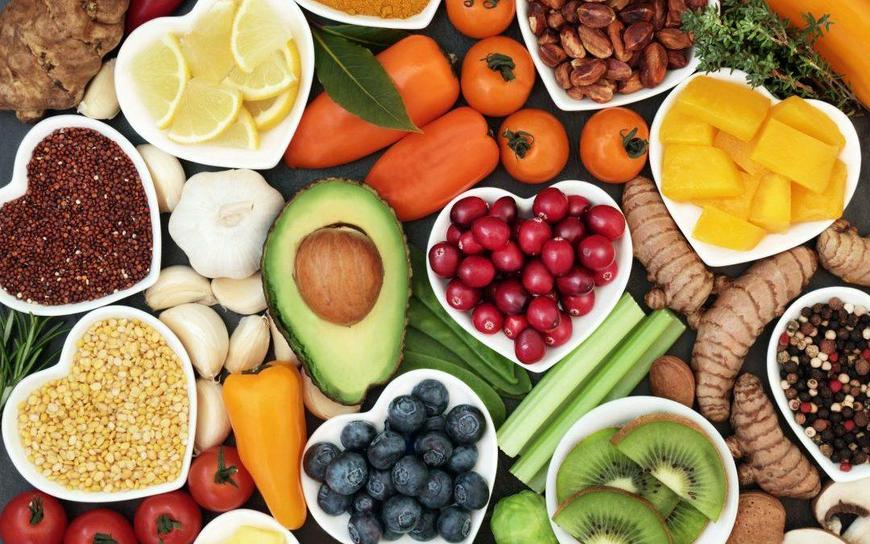 This term the children will be working towards holding their own Roman Banquet (afternoon tea) where they will showcase their learning and unveil their own class mosaic mural.

Coming up in class...

English: Hinduism, The Tiger Child, Charlie and the Chocolate Factory

Geography: How did the Roman Empire spread across Britain and what geographical changes happened as a result?

History: The Roman Empire and the impact in Britain 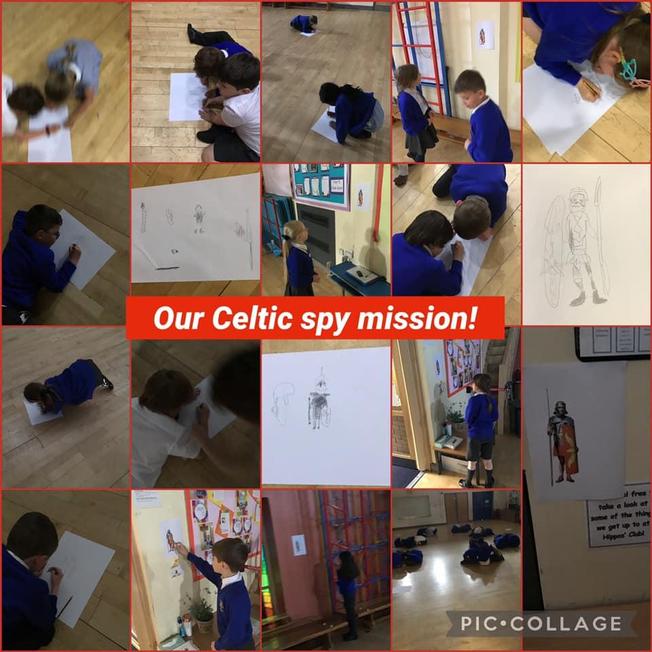 Year 3 were sent on a special mission during week 3 to spy on a Roman legionary!
They had to work quickly in their teams to find out as much information as they could about the solider, then draw their findings before the time ran out.
Later on, they then had to advise the Celtic chief as to whether they should take on the Roman army or not! 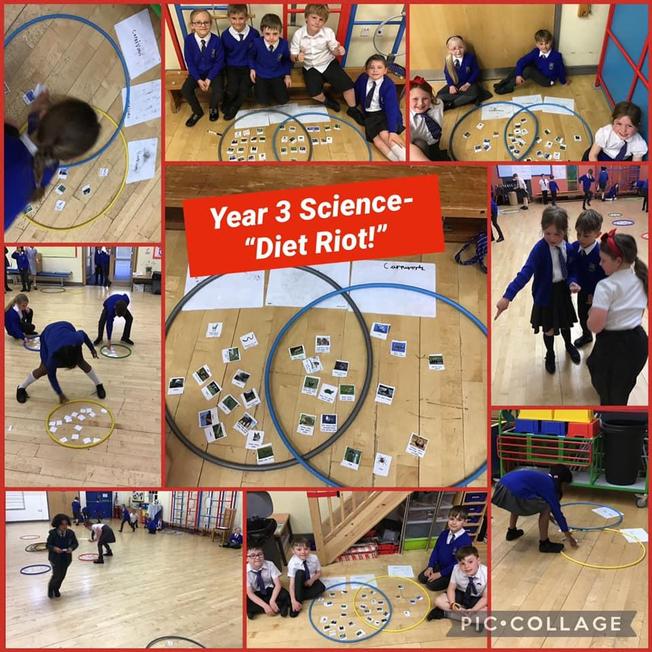 During week 3, we had great fun in Science. The children had to work in teams to quickly race and sort the different animals according to their diet. This familiarised the children with the terms herbivore, carnivore and omnivore in an exciting way! 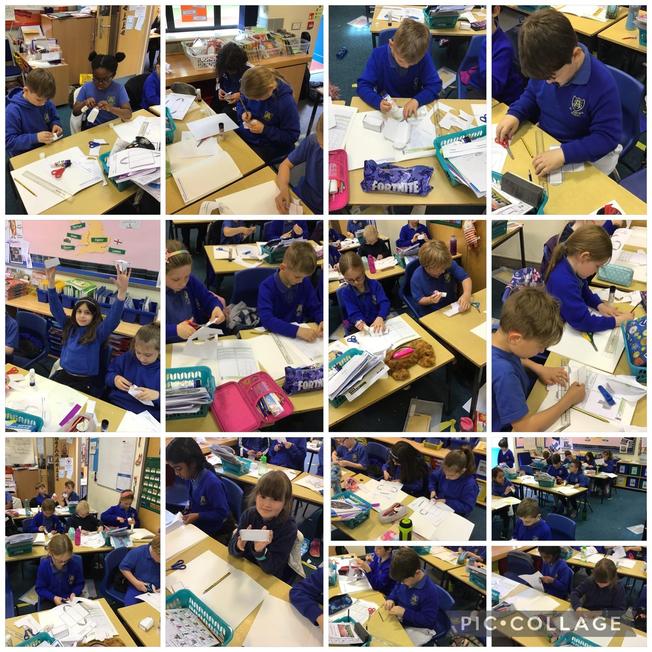 Week 4 saw us looking at different nets for packaging in DT! After looking at real packaging from food we had eaten at home, we had a go at creating our own 3D nets, developing our cutting, folding, scoring and assembling skills. 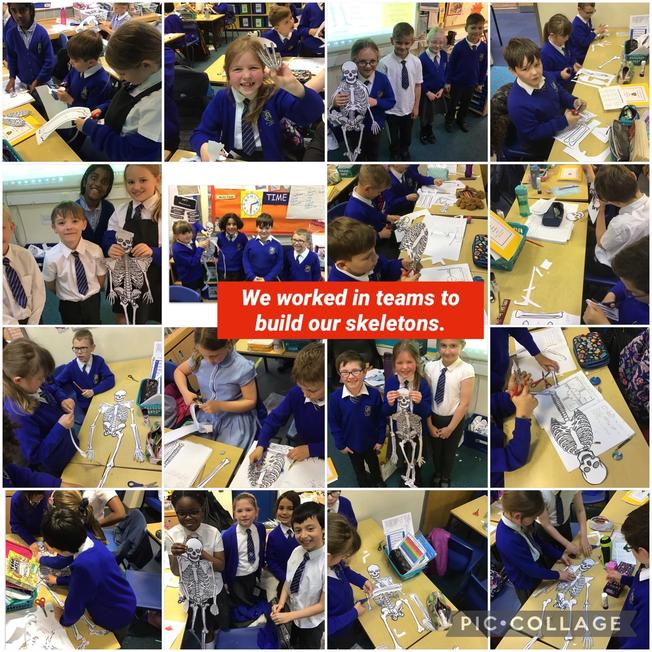 During week 5, we have starter to learn about human skeletons, in Science. The children had to work in their teams to build their skeletons and then had to label the different bones!