The Sacred Heart of Jesus

In December our prayer services were based on Advent.  The children planned and participated in them very reverently.  Children set up a lovely Advent prayer focus.  Every day during Advent, the children were led in prayer by Dan and Emily from Onelife Music.  We also enjoyed a Retreat afternoon based on the theme, 'The Peacemaker'. 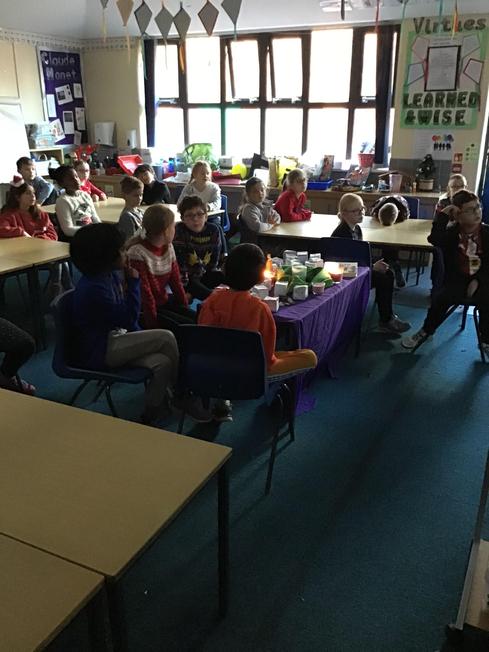 In November the children participated and led prayer services about Remembrance.  They wrote the names of people who have died on poppies and prayed for them.  They used the traditional prayer 'Eternal Rest' as part of their Prayer Services.  The children planned Prayer Services and led them very well. 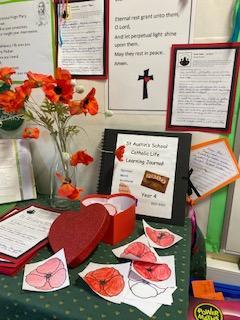 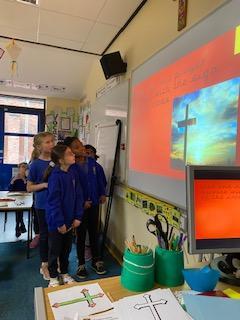 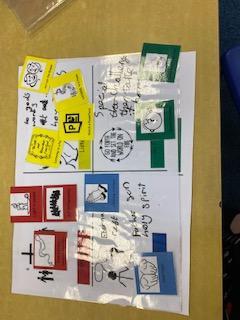 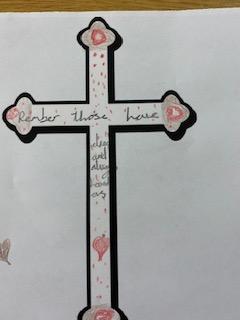 October is Black History Month.  Four of our children led a prayer service all about this important issue.  They planned using the We Gather, We Listen, We Respond and We Go Forth format.  All of the children participated well  in this well-planned Prayer Service.

During October, the children were encouraged to bring in their Rosary beads to lead and say a decade of the Rosary each day.  The children were very keen to lead this prayer and joined in very reverently.

Every day in September, Year 4 were joined virtually by Dan and Emily from 'Onelife Music' for a lovely prayer service based on 'Open for Creation'.  The children thoroughly enjoyed singing and praising God in this lovely way.