Welcome to our page! As part of our History lessons during our vehicle, we looked at Christmas day in WW1. We have done some writing below to show you what we learned. Enjoy!

By Rose and Aiden

In World War 1 on Christmas day, Germany and England played a game of football for fun because Christmas day is special. The year was 1914. They played on No Mans Land. 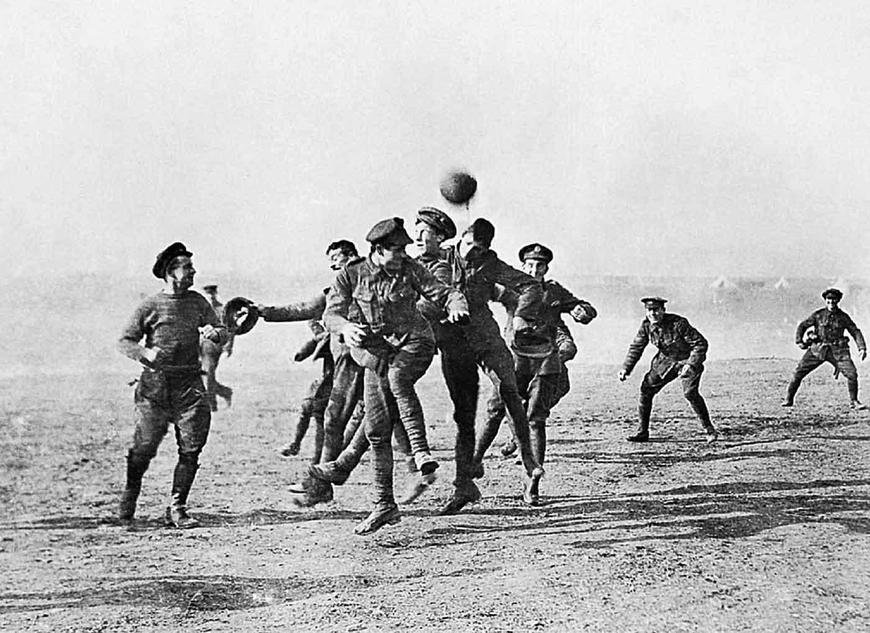 As soon as they heard the bombing, they started to fight, again. We watched a video from the Sainsburys Christmas advert a few years ago, to give us an idea of what really happened. We saw England and Germany having fun like in the picture. The soldiers were having lots of fun together and looked sad when the bombing started again.

Have you seen the advert? Use the link to watch Jim and Otto meet and play football!

By Roisin and partner

On Christmas day 1914, a strange thing happened; the two armies played a football match. The Christmas Truce has become one of the most famous and mythologised events of the First World War. Late on Christmas Eve 1914, men of the British Expeditionary Force (BEF) heard German troops in the trenches opposite them singing carols and patriotic songs and saw lanterns and small fir trees along their trenches. Messages began to be shouted between the trenches.

The following day, British and German soldiers met in no man’s land and exchanged gifts, took photos and some played impromptu games of Football. They also buried casualties and repaired trenches and dugouts. After Boxing Day, meetings in no man’s land dwindled out.

The truce was not observed everywhere along the Western Front. Elsewhere the fighting continued and sadly casualties did occur on Christmas day.

The two people from different countries stood up and took their hats off and didn’t fight. Their names were Otto and Jim.

This was also Sainsbury’s advert for Christmas and remind people about World War 1 on Christmas day, to remind us of World War 1 and World War 2 how they protected us in the war. In the war, children had to use lots of gas masks when there was a air raids and had to go inside little bunkers to protect them from getting hurt and injured. The kid’s gas masks were also painted red and blue to represent Mickey mouse.